Mexico Real Cafe: The Great Pyramid of Cholula and The Church of Our Lady of Remedies in Mexico

Mexico Real Cafe and The Great Pyramid of Cholula

Dearest readers, today’s post is dedicated to a magical place full of history and Mysticism in our beloved central Mexico: The Great Pyramid of Cholula.

Though Mexico Real’s Coffee is not grown in this beautiful place as the weather conditions are not suitable to grow coffee, Mexico Real Cafe is proud to present to the world one of the most beautiful places full of history, beauty and magic that portrays Mexican culture.

The Great Pyramid of Cholula, or in Nahuatl, “the made-by-hand mountain,” is located in San Andres Cholula, Puebla.

Cholula or Cholollan means place of refuge or place of flight in Nahuatl (Nahuatl is the language of the Aztecs /Mexicas, who dominated what is now central Mexico during the Late Postclassic period of Mesoamerican history).

It is located 30 minutes driving by car from Puebla City (Puebla is one the most important industrial and business centre in Mexico. It is located 2 hours driving by highway from Mexico City).

Cholula’s Great pyramid stands 55 metres above the surrounding plain, and measured 450 by 450 metres. Inside the pyramid there are some five miles (8 km) of tunnels.

It was gradually built up over a period of a thousand years prior to the Spanish Conquest, until it became the largest pyramid by volume in Mexico and in the world.

Nowadays, Cholula’s pyramid site accounts for only six hectares of an archaeological heritage site believed to extend over 154 hectares. However, 90 hectares of this land is privately owned, and there is resistance to major archaeological exploration.

Regarding its legacy, in prehispanic times, the Great Pyramid was an important religious and mythical centre dedicated to the God Quetzalcoatl who is related to the planet Venus. He is also the Aztec God of wind, air, learning and knowledge.

Quetzalcoatl means precious serpent or Quetzal,-feathered Serpent, in Nahuatl, but in the allegorical sense, wisest of men.

Years later, the pyramid was also sacred to a rain goddess called Goddess of the Nine Rains or Chalchiuhtlicue in Nahuatl. She is an Aztec deity of water, rivers, seas, streams, storms, and baptism.

Chalchiuhtlicue is associated with fertility and she is the patroness of childbirth.

Even though Cholula suffered a drastic decrease in its population in the 8th century, the Great Pyramid retained its religious importance.

Despite the site’s pre-Hispanic importance, the Great pyramid is relatively unknown and unstudied, especially in comparison to other pyramids  in Mexico, such as Teotihuacan, Chichen Itza and Monte Alban.

Today the pyramid at first looks like a natural hill surmounted by a church. The Church of Our Lady of Remedies, also known as Sanctuary of the Virgin of Remedies, was built  by the Spaniards in 1594 on top of the pre-hispanic temple due to the pyramid’s religious significance for the indigenous people.

Nowadays, the Great Pyramid is used for both  pre-hispanic rituals and catholic celebrations.

As just before the arrival of the Spanish, the pyramid was considered sacred to the Goddess of the Nine Rains, she was replaced with an image of the Virgin of the Remedies. The 8th of September (the date of veneration for the indigenous rain goodness) was preserved, but the image was transferred to the Virgin Mary, and the church was built  on top of the pyramid.

This church was struck and damaged by lightning several times, which in the early colonial period was said to be the doing of the old rain goddess.

The Virgin of the Remedies is the patron of the city of Cholula, and there are two major annual events related to her and the pyramid.

The other is called the “Bajada” when the image of the virgin comes down the pyramid to visit the various neighbourhoods of the city for two weeks in May and June.

Closer to the pyramid’s pre-Hispanic roots is the Quetzacoatl ritual, which is held each year on the spring equinox. This ritual is performed on the pyramid with poetry, indigenous dance and music and fireworks.

We hope you have enjoyed this interesting post that Mexico Real Cafe has written for our readers who want to know more about the land and background of Mexico Real Cafe.

Every time you have a cup of our delicious: Maya Elixir Altura Coffee, Pluma Mountain Arabica Coffee and Gourmet Decaf Arabica Pluma Mountain coffee, you are bringing to your mouth not only a specialty coffee but also a sip of Mexican culture, its history, and mysticism.

You are invited to continue reading our interesting posts dedicated to Mexican culture, such as the history of Mariachi, Tehuana Women, the celebration of Day of the Dead and beautiful places located in Mexico.

There is also a section devoted to coffee recipes such as Tequila Coffee, Cafe de Olla (Mexican style coffee), Irish Coffee etc. In the Mexican cuisine and recipes section you will find recipes, including Tamales, mole etc. 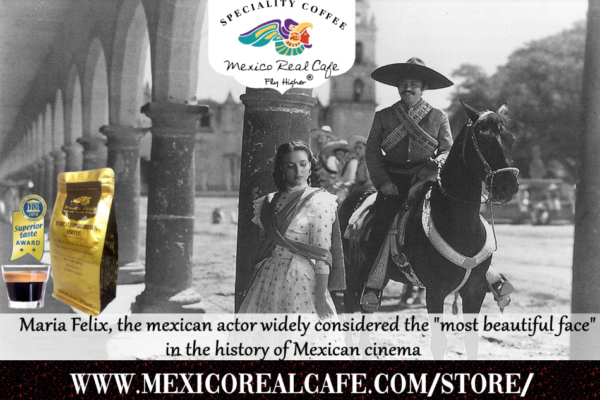 Pedro Armendariz Hastings, The Godfather of Mexico Real Cafe: One of The Best Mexican Actors in Hollywood and Europe, and his Ties to England 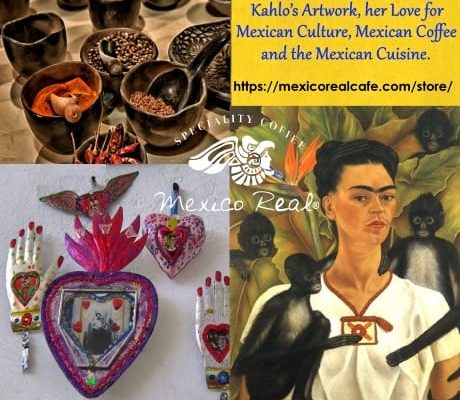 Kahlo’s Artwork, her Love for Mexican Culture, Mexican Coffee and the Mexican Cuisine.