Donaji and Nucano From Oaxaca, A Love Story in The History of Ancient Mexico

19th May 2019
mexicorealcafe
Coffee and Culture
No Comments

Since you have expressed to us your desire to know more about the mystical land where our Award Winning Specialty Coffee of Mexico Real Cafe is grown wild, we present you in this post a beautiful and true story that talks about love in its different expressions.

This story is part of Mexican history: it took place hundreds of years ago in the land where our Pluma Mountain Specialty Coffee is grown wild.

Oaxaca is considered one of Mexico’s most charming cities and is a UNESCO World Heritage Site.

To start, let’s say that this story started in the 16th century, in the prehispanic cities of Monte Alban (Mixtec Culture), and Zaachila (Zapotec Culture) in ancient Mexico.

The Mixtec and Zapotec cultures were enemy cultures that were in constant wars for fertile lands.  These cultures flourished in ancient Oaxaca, and both of them have left an important cultural heritage.

Nucano was a Mixtec Prince whose name means “Great Fire”. Nucano was also a brave Mixtec warrior who fell in love with the Princess Donaji. Donaji was the daughter of the Zapotec King Cosijoeza. Donaji’s destiny was written before she was born.

The night when Donaji was born, the Zapotec priests looked at the stars. Their positions said that Donaji would have a short and very significant life for her people.

The stars said that Donaji would place her immense love for her land and people first, before her own life. For that reason her name means “Big Soul” or Donaji in Mixtec Language.

Donaji and Nucano met in times of war. One day Donaji saw that her father, The Zapotec King Cosijoeza returned from a battle against the Mixtecs bringing with him as a prisoner a very injured young man.

This man was Nucano, who was kept in the Zapotec kingdom as a captive. Since Donaji first met Nucano, she fell in love with him.

She realized that Nucano was badly injured and he would die if he didn’t receive help. So she took care of him secretly until Nucano recovered completely.

Once Nucano recovered his health, he asked Donaji for his freedom to return to his Mixtec warriors. He promised that if he was released he would stop fighting against the Zapotecs.

Donaji released him and Nucano reunited with his warriors and encouraged his people to end the war. Donaji did the same with her father. So the Mixtecs and the Zapotecs agreed to peace.

However, the Mixtecs requested that the Zapotec King Cosijoeza gives Donaji as a pledge of peace to guarantee King Cosijoeza’s promise of no war.

Donaji was kept as a pledge of peace in Monte Alban (capital of the Mixtec Culture) and was afforded some privileges like servants, jewellery, and her princess clothes.

Nonetheless she was sad because she missed her land and people. She reflected during the long nights at Monte Alban and decided to betray the Mixtecs because her love for her people and culture came first.

Then she asked her zapotec servants to escape and inform King Cosijoeza (her father) the perfect night and time to send Zapotec warriors to attack the Mixtec Kingdom, and to free her and expand the Zapotec territory over the Mixtec fertile lands.

Donaji’s father sent his warriors under his command and attacked Monte Alban while the Mixtec Warriors were off guard.

Despite the fact that the Zapotec Warriors were larger in numbers and the Mixtecs were not ready for this battle, the Mixtecs won the battle because Nucano was an excellent warrior and strategist.

The Mixtec warriors were very angry to see that their capital was attacked and many people had died. Thus they took revenge on the Zapotec King Cosijoeza (Donaji’s father) by beheading the princess Donaji in a hidden place near the Atoyac river, which was the river located between the two kingdoms.

Nobody ever knew where exactly along the river Donaji’s head was buried. Nucano and his warriors kept the location in secret forever because they were very angry at Donaji’s betrayal.

After this mortal battle and tragic end, Nucano in the name of his love for Donaji, and to honour her death, sought to bring peace between the Mixtec and Zapotecs while he ruled.  Indeed, Nucano governed the Zapotecs, and did so with nobility and respect, as his beloved Donají would have done.

Time passed and Nucano passed away. Hundreds of years later (after the Spanish conquest) a little shepherd who took his animals to pasture along the Atoyac River in Oaxaca saw a beautiful Madonna lily flower (also called Lirio), it was so pretty that he took it with all its whole roots instead of cutting it off.

While he was digging he was surprised to see that this flower was rooted in a human head in perfect condition. The rich jewellery of the head pointed out that this was the head of Princess Donaji.

Since Donaji and Nucano could not love in this earthly world, they are eternal lovers and their love was consummated after death. For that reason after the Spanish conquest of Mexico, Donaji and Nucano’s bodies were buried together in the Convent of Cuilapam de Guerrero.

Couples who walk hand in hand and kiss when walking by the convent of Cuilapam in Oaxaca have said that they have been witnesses and have seen the shadows of the spirits of Donaji and Nucano walking hand in hand.

Remember that for the Mexican Culture life continues after death (for that reason in Mexico we celebrate the day of the Dead to honour our beloved spirits).

For this reason the story of Donaji and Nucano has made a legend; it is a true love story documented in Mexican history.

Donaji and Nucano love’s story started in this earthly world and was consummated after death. Donaji and Nucano are eternal lovers who are guardians of their magical and mystical land of Oaxaca.

As you can see the love story of princess Donaji (of Zapotec roots) and prince Nucano (of Mixtec roots) from the two most important prehispanic cultures that flourished in Oaxaca Mexico resembles the love story of Juliet and Romeo written by Shakespeare in the 16th century.

Both couples (Romeo and Juliet, and Donaji and Nucano) fell deeply in love but couldn’t consummate their love because they were descendants of antagonist families / cultures, and both stories had tragic ends.

Today Princess Donaji is an important symbol of the Oaxacan culture. Donaji’s head is portrayed in the official coat of arms of the City of Oaxaca.

We hope you have enjoyed this post that we have written to you. The events, characters and places mentioned in this love story are real, as they are documented in Mexican History. Monte Alban, the Capital of the Mixtec Culture which once was Nucano’s Kingdom, is currently an archaeological site that was declared a UNESCO World Heritage Site.

mexicorealcafehttps://mexicorealcafe.com/store/shop/
Mexico Real Coffee is a Specialty Coffee – Gourmet Mexican Coffee 100% Pure Arabica Altura Coffee (Cafe de Altura). Altura is the Finest Grade of Mexican Coffee Grown, Altura means “High-Grown”. Mexico Real Coffee was the only Mexican Coffee that Won 2 Stars in the Superior Taste Award by the iTQi. Our Coffee Beans are Artisan Roasted in Small Batches. Mexico Real Cafe Coffee is environmentally friendly farmed and free of pesticides. It grows wild in shade on volcanic soils in the most exotic tropical rainforests next to the coast and nurtured by sea breezes.
Previous Post
Tehuana Women From Oaxaca: Icon of Mexican Culture and Inspiration of Frida Kahlo
Next Post
Mexican Warriors, Leaders and Artists From Pluma Mountain Oaxaca Land Whose Legacy is Alive 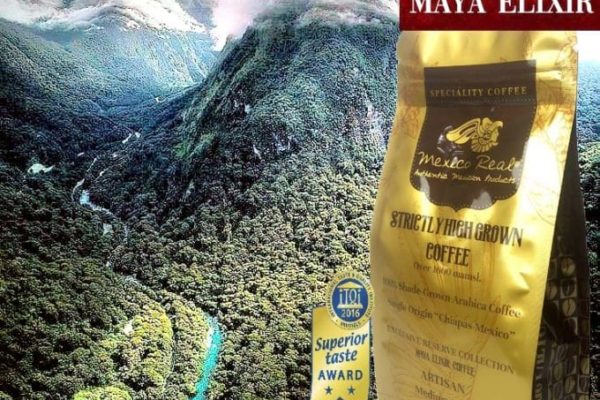 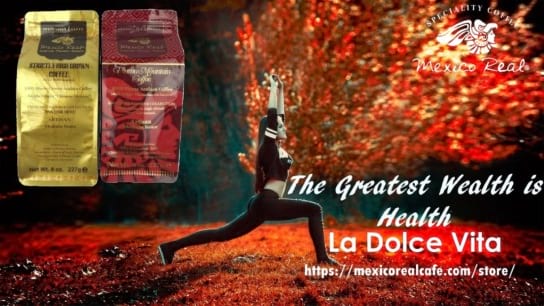 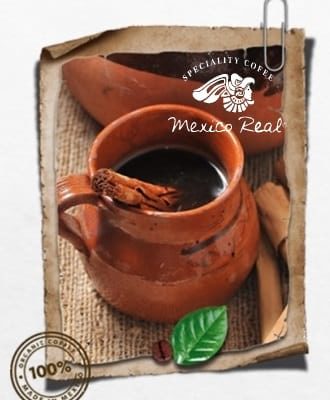